For almost four decades, IPS video surveillance has been used in prisons and mental health facilities. After all, these institutions not only have to ensure the safety of the public, but also that of their staff and inmates. IPS video security software is specifically designed to meet the unique needs of monitoring high-security environments such as prisons. Many surveillance systems are primarily designed to detect intrusions. IPS software can also reliably detect break-outs, such as climbing down a building façade. Thanks to the innovative IPS 3D technology, the prisoner in the recording can be tracked seamlessly across the entire premises and is even automatically passed from one camera to the next. The guard does not have to control the cameras manually and can concentrate on other actions, such as coordinating emergency forces.

Recently, drones have brought new dangers. Prisons are fighting deliveries of drugs and goods such as mobile phones that are flown in by drone. IPS offers the perfect solution for this as well. External 3D data sources such as drone detection systems can be connected to the IPS VideoManager. In addition to the actual coordinates of the drone, other features such as the type of drone or even the location of the pilot are transferred and displayed. 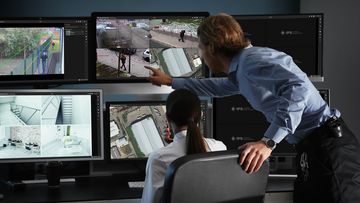 IPS VideoManager with intelligent, automated alarm management and broad functionality for subsequent viewing and evaluation of the recorded video material. 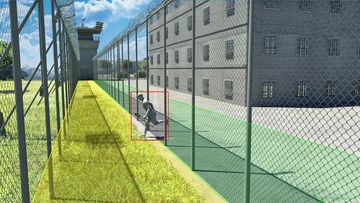